Past, Present and Future – Part 1

Filed in: Past Present Future |

Gayna Rose Madder first came to attention for her work with cult Eighties band Shiny Two Shiny. Signed to Red Flame they released one mini LP entitled ‘Halfway Across The Rainbow’ and one single ‘Waiting For us’.

A mixture of bright and breezy synth pop with some darker undercurrents both records made a dent in the indie charts gaining positive reviews in the music press for releases and live appearances and acclaim from John Peel as well as daytime airplay on Radio 1. They also toured Europe and appeared on TV.

She had originally started in a  post-punk/ New Wave band called ‘A Formal Sigh’ back in 1980. A Peel session followed before she went on to form Shiny Two Shiny with ‘Formal Sigh’ member Robin Surtees.

She then embarked on a solo career, releasing three singles, two as Gayna Rose Madder.

The solo work showed a progression and maturity from her earlier bands and resulted in a series of classic pop songs which had a more natural, liberated feel that moved away from the synth dominated early records.

Since then and up to the present day, she has consistently worked in the music business. Apart from being signed to Virgin, Red Flame, and Uglyman Records, and had her own record label, Gypsy, she has had countless releases including collaborations with major artists and appearances on dozens of compilations, requests for which are still pending. In 2014 she signed to New York label Captured Tracks, for the revised and re-mastered release of the original Shiny Two Shiny album (details at end of this page).

Captured Tracks press excerpt 2015: “Shiny Two Shiny was an amazing 1980s English band on the UK’s Red Flame records. we’re so happy to breathe new life into the Shiny Two Shiny catalogue. Cited in The Beat Goes On and Liverpool, Popular music and the Changing City as an important band making contributions to the post-punk era, they feature in this year’s Record Collector ‘Rare Records’  listing and book.”

Gayna currently works with artist and guitarist John Chatterton on some quite unusual material, including some medieval plainsong (with harmonies) and re-works of classic modern jazz, and some original material.

The rest of this is intended as a news section. Gayna is currently working on creating some.

‘When the rain stops’ 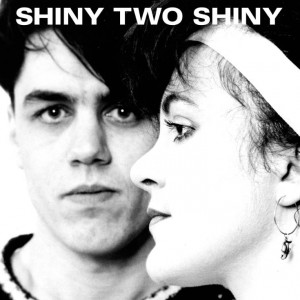 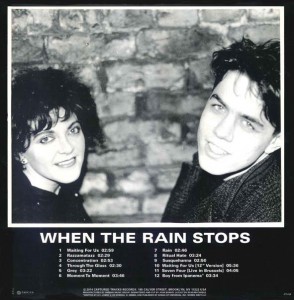